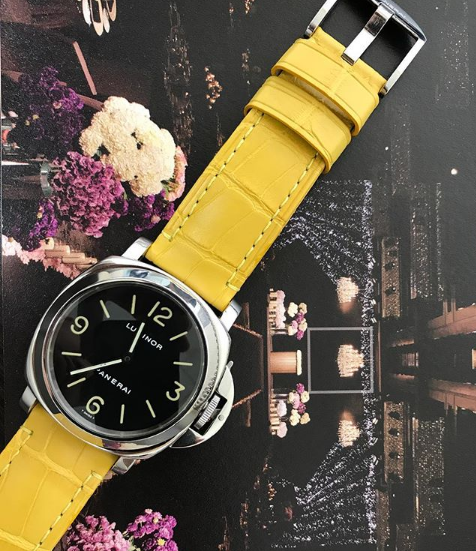 Officine Panerai was established in Florence in 1860 –one year before the formation of the modern Italian state. At the time, its founder, Giovanni Panerai.
Between 1936 and 1938, the Panerai, Rolex, and Italian authorities collaborated to refine the model that would become the definitive Panerai military tool watch. The 3646. Between 1938 and 1956, these watches formed the backbone of Panerai’s deliveries to the Italian Navy. All of the Panerai watches were assembled by Rolex, and Panerai’s Italian office modified them to suit military requirements. Soldered-on wire lugs, waxed leather straps, high-visibility dials with a two-piece “sandwich” construction, enlarged bezels, and a shatter-resistant crystal composed of a revolutionary thermoplastic compound, Plexiglas, became the signature contributions of the Italian contractor.

The new luminescent chemistry, which was based on a beta ray emitter, tritium, debuted in prototype form in 1949. The material was as notable for its name as its composition. Panerai’s trademarked name for the substance, Luminor, would live on long after the paint of the same name was phased out. It is important to note that until the consumer era, the names Radiomir and Luminor exclusively referred to luminescent paint compounds, not case designs.

Initially, public reaction to the Panerai lineup was tepid. The limited commercial profile of the parent company, nearly non-existent distributor base, and minimal marketing combined to relegate the watches to immediate closeout items at the few vendors who took a chance. Instead, the tonic for Panerai’s marketing malaise came in the form of unpaid endorsements. Actor #SylvesterStallone, who discovered the brand while shooting the action film “Daylight” in Rome, purchased a Luminor Marina and wore it on camera. Enamored of the look, #Stallone placed a succession of mass orders for custom “Slytech” branded Luminors.