Thamer Alghafees is the co-founder and president of the Saudi Watches Club. He studied electrical engineering and contributed to several sites in building the country’s infrastructure. His passion for the watch was inspired by the famous clock in the Grand Holy Mosque in Makkah at the square in front of the of King Abdulaziz Gate, which was a sign to gather people and meet there and a reference to calibrate the watches.

The watch was dismantled later in 2016 to expand the square.

Similarly, Makkah Clock, the world’s largest tower clock, is a source of great inspiration to him and all visitors to Mecca. 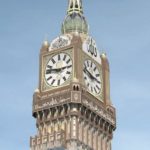 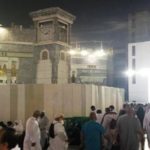